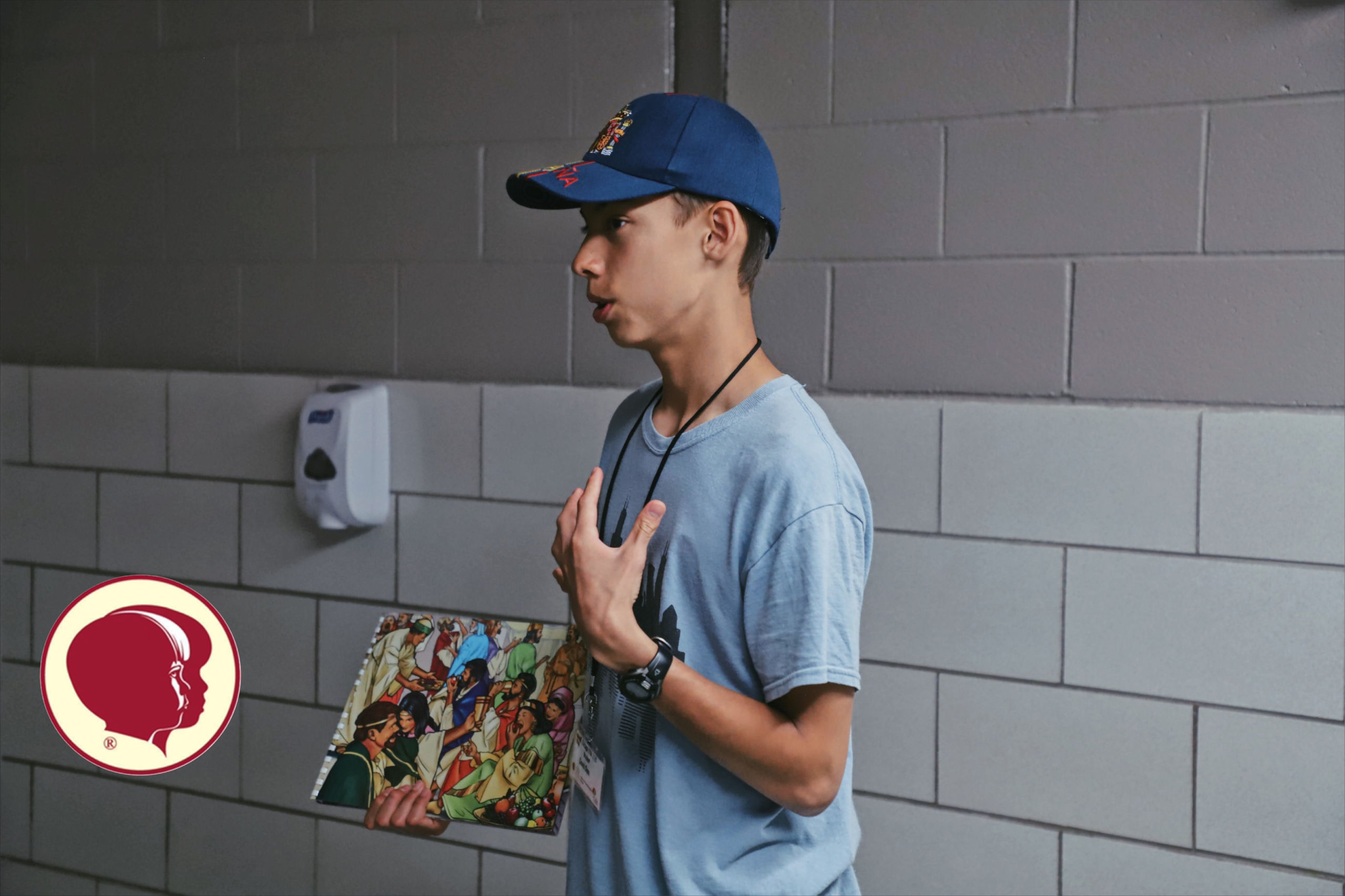 On Thursday, July 16, & Saturday, July 18, we hosted two Child Evangelism Fellowship of Chicago training sessions. Due to health concerns these trainings took place over Zoom. During these sessions we brought in our teams of CYIA’ers (Christian Youth In Action teens) that have been trained in our 11 day training camp  to share the word of God. These teens devoted their summer to teach and they joined via zoom to demo their 90 minute bible club to those who took these two Zoom trainings. We asked one of the teens to share his experience as teaching via zoom was a new experience for him and the teens.

David, Age 14
“I have been going to CYIA for three years, and I have taught many 5-day clubs in many different locations from backyards to front yards, small houses to big houses, churches to daycares, stages to parks, but I had never taught a 5-day club over Zoom. That is until my first club week of CYIA 2020.

When I was asked, in the middle of a day of teaching in-person 5-day clubs, to teach another 5-day club, well demo a 5-day club over zoom to a class of adults, my initial thoughts were “Oh no, a 5-day club on ZOOM!!!” “demonstrating for a class of ADULTS!!”. However, despite the fear evoked at the apparent magnitude of the task, I agreed to do what I was asked.

With under two hours to prepare to teach the theme song, and two days of missions, including one I had never taught before, I nervously rushed through the preparation process, a big chunk of the prep time on the train ride home. Fearfully Sammy and I set up to join the call. Silently praying, I gathered up the courage to join the Zoom meeting. We had been told there would be kids to make it somewhat closer to an actual 5-day club, but when we joined the call, we faced a screen full of adults, and Sammy, Kayla, and I were the youngest on the call. They prayed us in, and we began the experiment, in a sense pioneering live Zoom 5-day clubs for Chicago CYIAers with no instruction on how to adapt to the new location.

The club, however, went surprisingly smoothly with minimal technical difficulties and with only a few bumps and stumbles. The songs were a strange experience over zoom, but went well overall. As for my missions, I did not have quite the amount of energy I usually have when telling the stories, mainly because I was exhausted from a day of clubs since I normally derive a lot of my enthusiasm from the kids sitting in front of me, but in spite of that, it went incredibly well.

After we finished, we were thanked, and then left the call, we fretted over the details we missed, but we also knew that God had helped us through every step and had turned what could have been an utter catastrophe into a success.”

Cultivating a Connection in Maywood

Do you wonder WHY?

Ministry During a Pandemic?