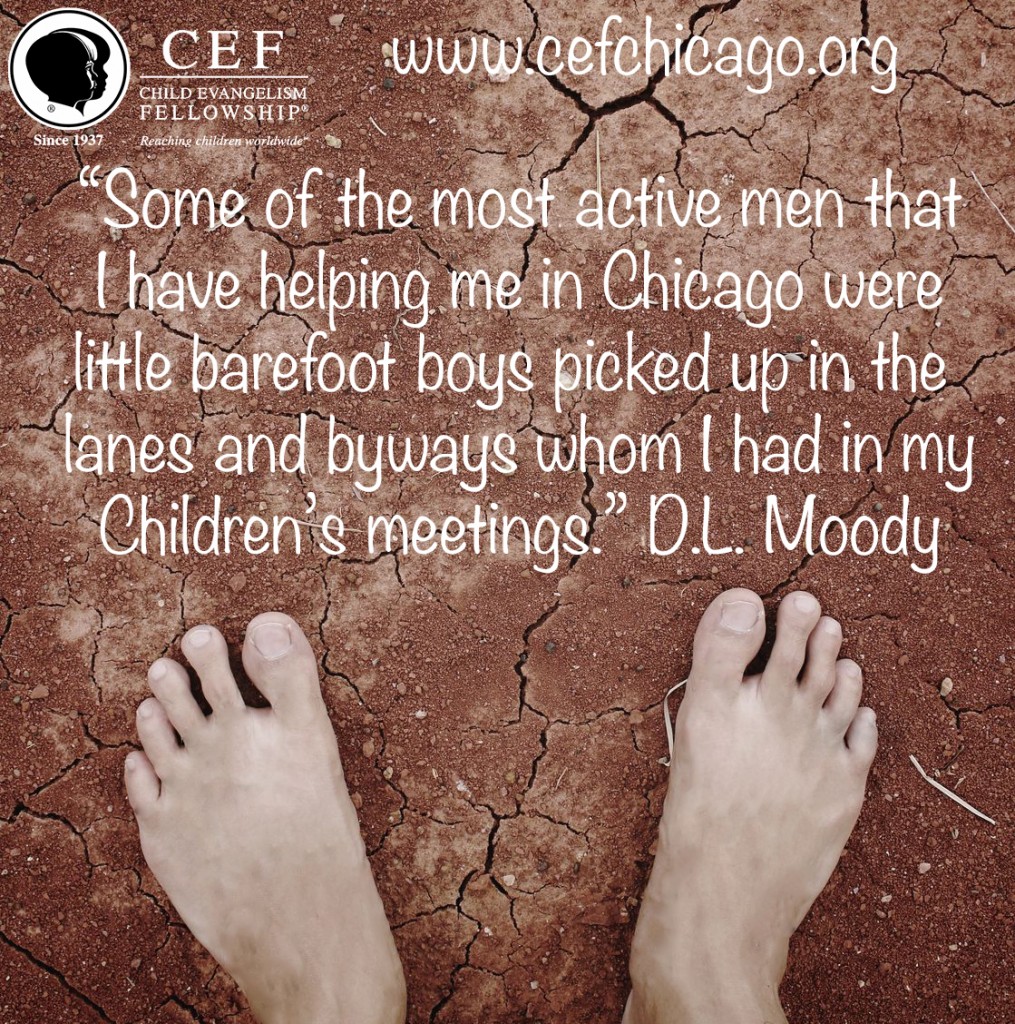 “Some people don’t believe in early conversion. They complain if you do get hold of [children] and they are converted, they won’t hold out… Well, that is not my experience. Some of the most active men that I have helping me in Chicago were little barefoot boys picked up in the lanes and byways whom I had in my children’s meetings.”
–DL Moody

Our Chicago CEF director grew up in Israel. He remembers another boy who was was barefoot and wiggly, bouncing up and down during Good News Club. This Good News Club in Israel was held outside, and as the boy dug in the dirt and tossed stones back and forth, he heard the story about Messiah’s death and resurrection. But as he threw stones, wiggled, and poked his neighbor, he also listened to the teacher. “I want Jesus to take away my sins,” he decided that day.

Every week, year after year, he attended the Good News Club and learned more about Jesus. He grew up to be a gifted musician, artist, and brilliant public speaker, who could have gotten a job doing anything. He speaks fluent Arabic, Hebrew, and English. He began teaching clubs in each of those languages, and he is now the director of Child Evangelism Fellowship in Israel. He leads camps in Israel where Arab and Jewish children can play together and learn about Jesus for a week. Most of these children have grown up barefoot and furious, throwing stones at each other and hearing nothing but hatred about each other’s people groups. But during this week of hearing about Messiah and playing together, these children become close friends and rethink the worldview of hating a group of people they have never met. Many of these children are saved after hearing about Messiah in their own language. Thousands of children in the Middle East hear about Jesus each year! It all starts with this man, who used to be a barefoot boy in a Good News Club.

There is another story of a different little boy whose mother died when he was six. This little boy was also barefoot and furious. He also loved art, spoke multiple languages, and grew up to be an incredibly talented speaker who became the leader of a nation. His name was Adolf Hitler. How would life have been different if Adolf Hitler had attended Good News Club as a barefoot child?

Children Need to Hear the Gospel

Does That Mean That God Dies?