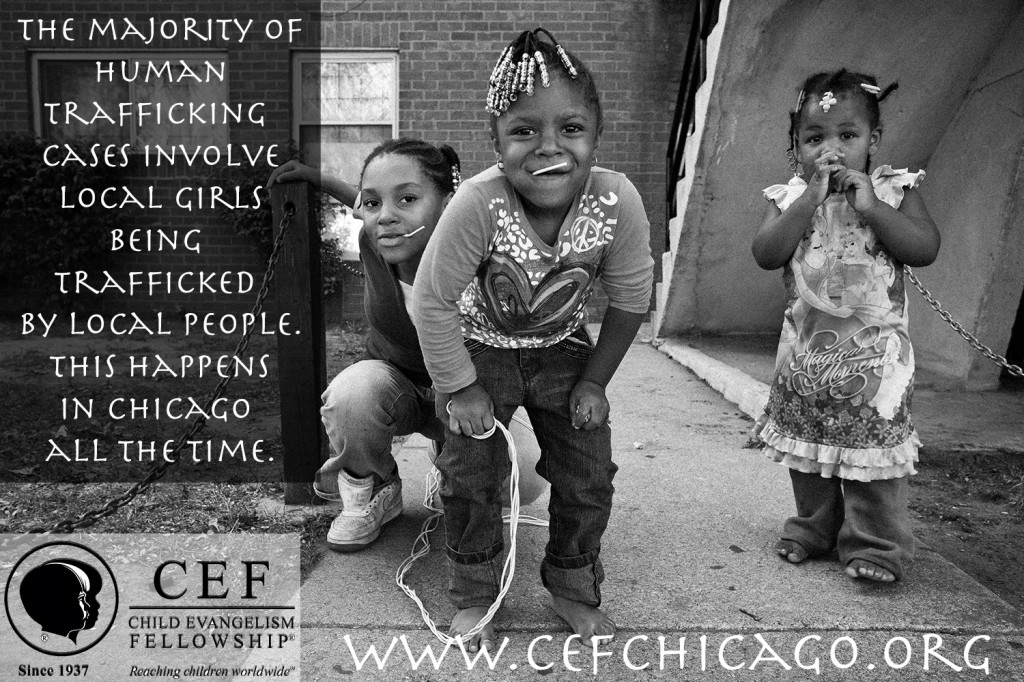 *Please note: this post contains serious material that is not appropriate for young children*

I do not know how to write this post; child trafficking is not a palatable topic. Devastating, yes. Overwhelming, infuriating, disillusioning—but I don’t know how to make it palatable for a blog. Instead, I am going to grapple honestly. Will you join me?

16,000-25,000 women are trafficked or involved in “that” trade in Chicago each year. Of people trafficked, 56 percent entered at ages 16 or younger. Hundreds, and probably thousands of children were abducted or sold into child slavery, usually sexual slavery. Eighty percent of all Chicago child trafficking stays in Chicago. Many of these children do not live to adulthood. The odds say that those who survive often remain in bondage the rest of their lives.

These children are in bondage: sexual; manual labor; spiritual. The occult plays a huge roll in child trafficking, farming children out to clients for money, and keeping them for other abuses. Countless faces appear on milk cartons and Wal-Mart posters each year, and significantly fewer are found. Some of these faces are people who have fallen victim to child trafficking.

Kathy (named changed), is one young woman who grew up in the world of child trafficking and sexual slavery. Kathy was told she could walk away at any moment, but that if she did, others would be tortured in her place. Kathy was told no one would believe her story. Kathy was told that she was ugly and stupid, that she wasn’t worth being loved or protected. Kathy never said a word of what was being done to her. Then in high school, Kathy had one teacher who disagreed with what everyone else said. This teacher had no idea what was being done to Kathy outside of school, but she told Kathy what she saw: “You are intelligent! I tell all my other classes how smart you are!” Against all odds, Kathy believed her.

After a year with that teacher, Kathy was moved to another location, where she continued to be used and abused all through high school. But Kathy remembered what that teacher had said, and against all odds, she went to college. At the end of college, she got up the courage to tell someone her story of abuse, and against all odds, that person believed her. Against all odds, Kathy met Jesus, fought for freedom from her abusers, and found healing. She became a teacher because she wanted to reach out to children who were also growing up against the odds.

One in four girls remembers and chooses to tell about being sexually abused at some point in her life. One in seven boys remembers and tells about sexual abuse. Those numbers are staggering! Against these odds, what can Child Evangelism Fellowship do? We do not extract children from child trafficking, we do not search for missing persons. What do we do?

We tell the Gospel, meeting children at their deepest point of need (their spiritual need). We make Good News Club a fun, safe place where children experience God’s unconditional love—knowing we could be giving these children the one good memory in their lives. We introduce them to the Friend who can help them win against all odds. We pray for each child in our Good News Clubs, knowing we have no idea what odds he or she is facing. We pray for freedom, healing, and restoration each time we see a face on a milk carton or a Wal-Mart poster.  We remember statistics like one-in-four, one-in-seven, hundreds of children a year. We pray for children without ever knowing names.